With a lack of live gigs at the moment we've been hearing from people who have just found it hard to be motivated to pick up their instrument. We wanted to give everyone a reason to pick up their trumpet again.

Congratulations to our 2021 winners

A big thank you to our adjudicators and to all entrants.

Choose and record your piece.

Upload to youtube as a private video. In the 'options' menu (the 3 little dots next to the save button) click share privately and enter our email [email protected]
If unsure you can watch this clip on how to share privately your clip.

All entries must be received by 9pm on Friday 24th of September 2021.

Open Section - Every entry will be eligible for this section.
Kuhnl & Hoyer Revision professional Bb trumpet 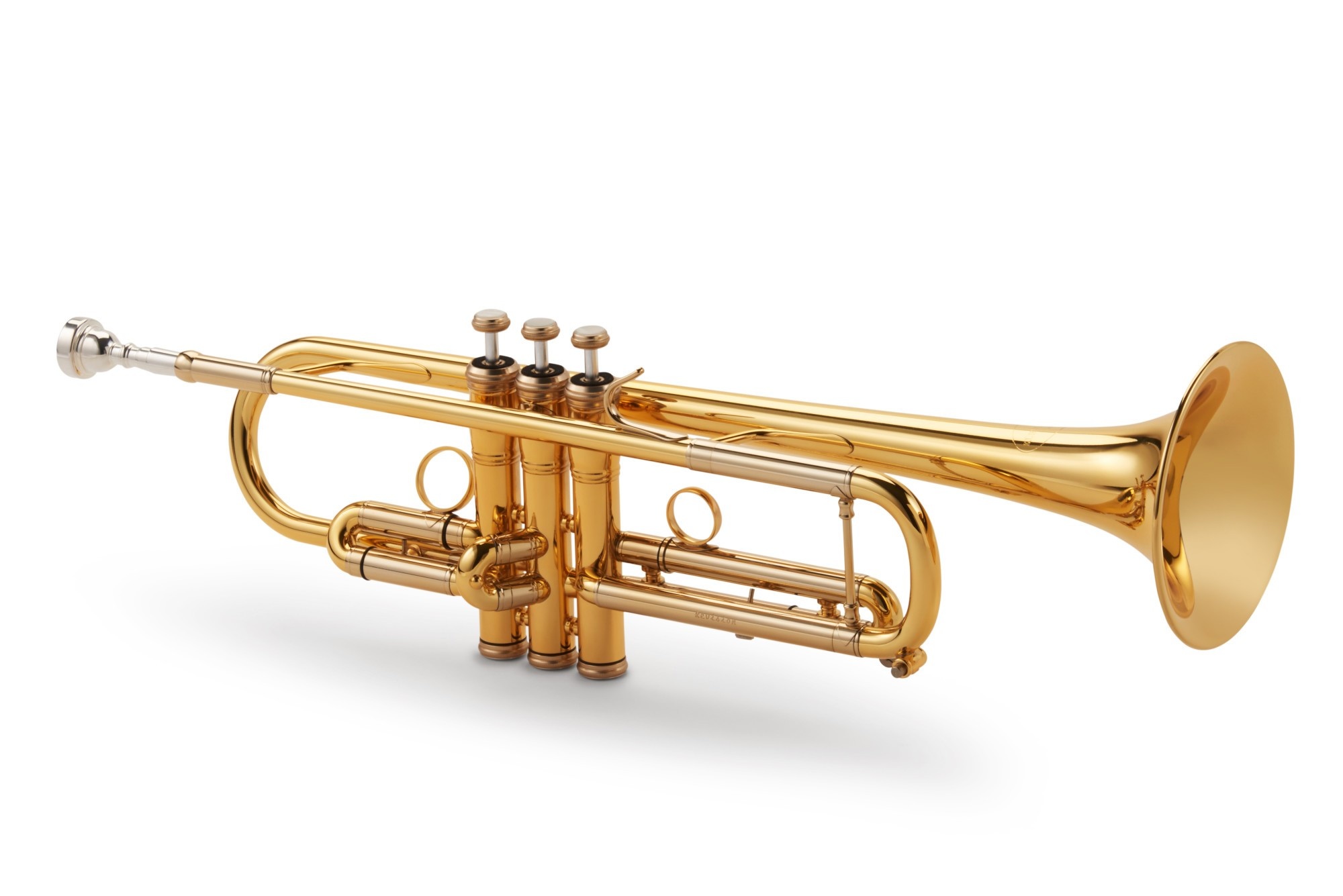 High School - All high school age entrants will also automatically be entered into the High School division.
Warburton Brass pack consisting of a custom mouthpiece fit-out session, a Warburton trumpet mouthpiece top and backbore, PETE, APE, Buzzard, clean stroke valve wash and a Lesson with one of the adjudicators. 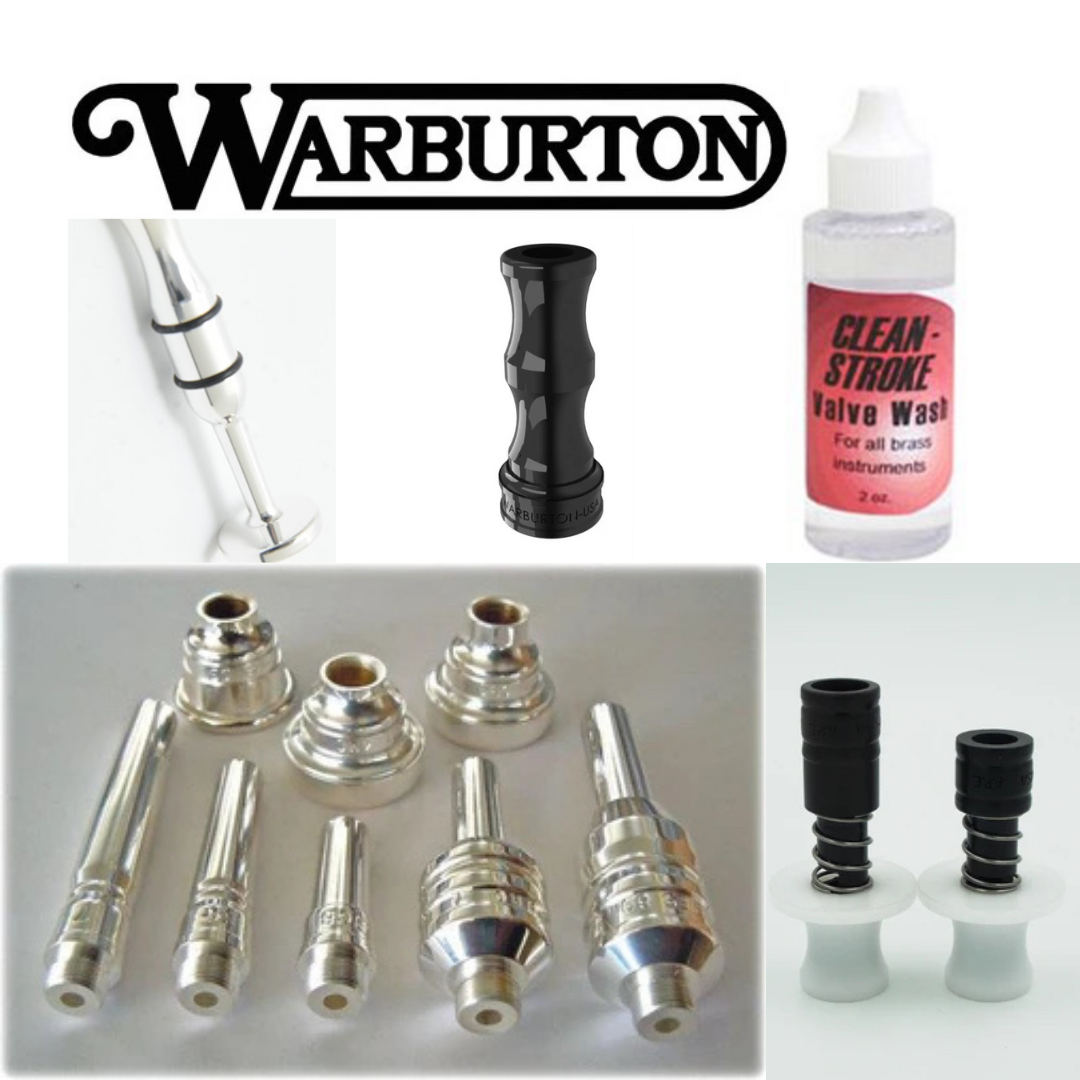 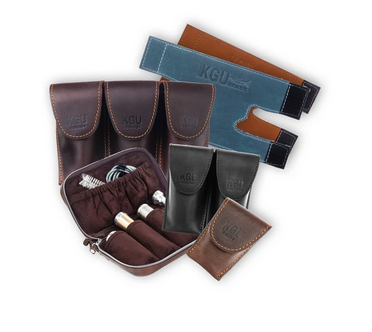 Honourable Mention (X3) - Each judge will select one entrant they feel deserving of a mention
$100 Music Place gift card.

Entry is open to all ages and levels.

Entrants must submit a video of themselves playing a solo unaccompanied work on trumpet. It can be in any style or genre and have a maximum duration of 4 minutes.

The adjudicators will be looking for:

While you will not be adjudicated on the quality of the recording (a phone camera is ok) please aim to have no distortion in the audio. If you are getting distortion try filming from further away. We recommend you avoid using a hands free phone headset for recording. 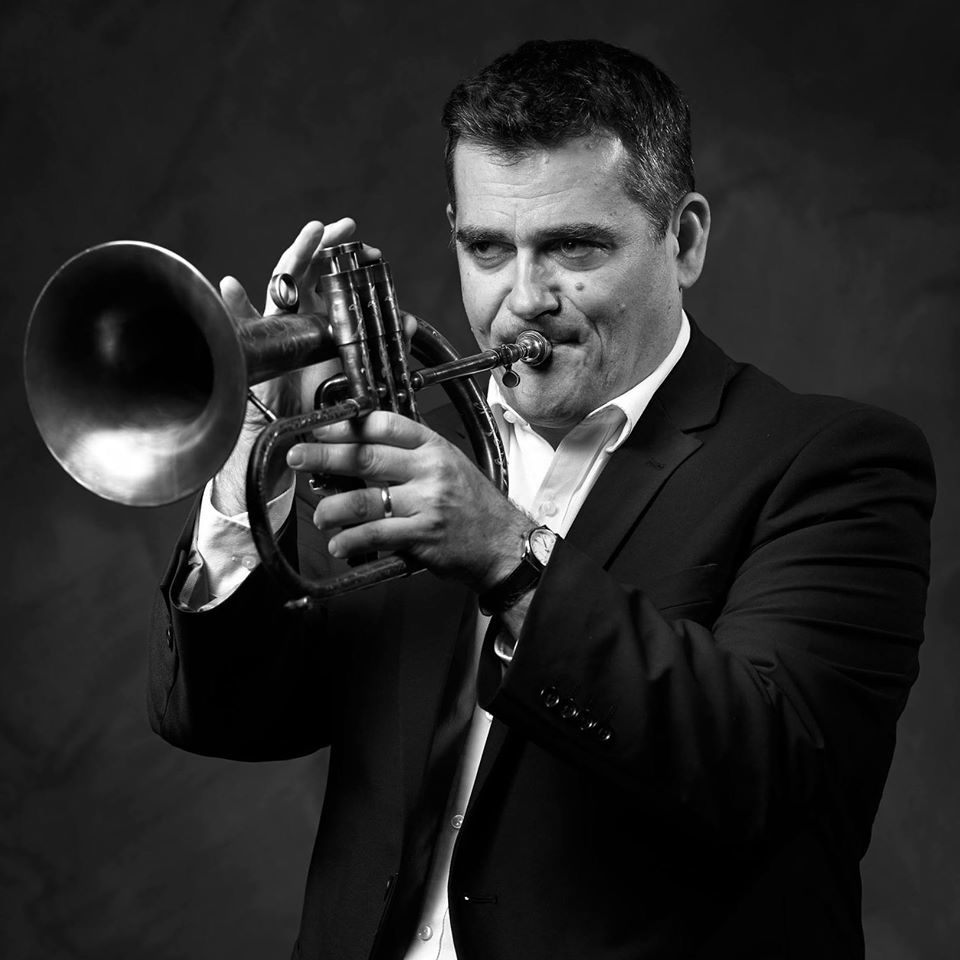 Trumpeter Gianni Marinucci has had a wide and varied career. As a student he has taken lessons in the USA with Warren Vache, Laurie Frink and Bobby Shew. He has toured internationally to Hong Kong, Thailand and Europe and has played with many seminal Australian jazz figures such as Don Burrows, Bob Sedergreen and Tony Gould. Gianni has been a featured performer at many festivals in Australia leading the late night jazz at the Melbourne International Festival of Brass for its duration.

He is a highly sort after jazz musician who collaborates in many ensembles around Australia. He also heads his own trio, quartet and Nonet and is a regular performer at in Melbourne Jazz clubs. Gianni has released 4 recordings under his own name and has also been featured on many radio broadcasts on the Australia’s national broadcaster, the ABC.

Some career highlights include opening Melbourne Italian Festival with a concert of the music of Ennio Morricone, featured soloist with the New Palm Court Orchestra The Melbourne Recital Centre as and performing a solo recital at the International Trumpet Guild Conference in Los Angeles. 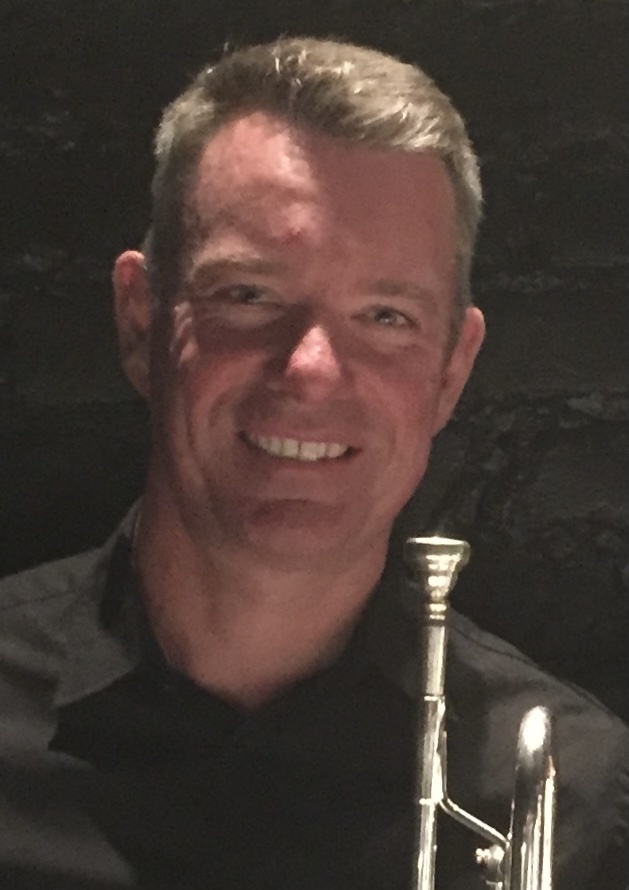 Shane has played in over 20 professional musical theatre productions and played trumpet for the Universal Pictures movie release of Sir Andrew Lloyd Webber’s “Love Never Dies”. He has regularly performed with the Melbourne Symphony Orchestra (MSO) including for the Sydney 2000 Opening Ceremony, 2006 Commonwealth Games opening and closing ceremonies, as a featured as a soloist for “Harlem” by Duke Ellington and also played first trumpet for the 2006 MSO recording of “Trumpet Magic”.

Shane was employed as an instrumental music teacher in Melbourne for over 15 years in colleges such as Scotch College, St Kevin’s College and Parade College.

In 2016, Shane re-enlisted into the Army and has since been commissioned as an Officer of the Australian Army and appointed to the position of Second in Command/Deputy Music Director of the Band of the Royal Military College, Duntroon. 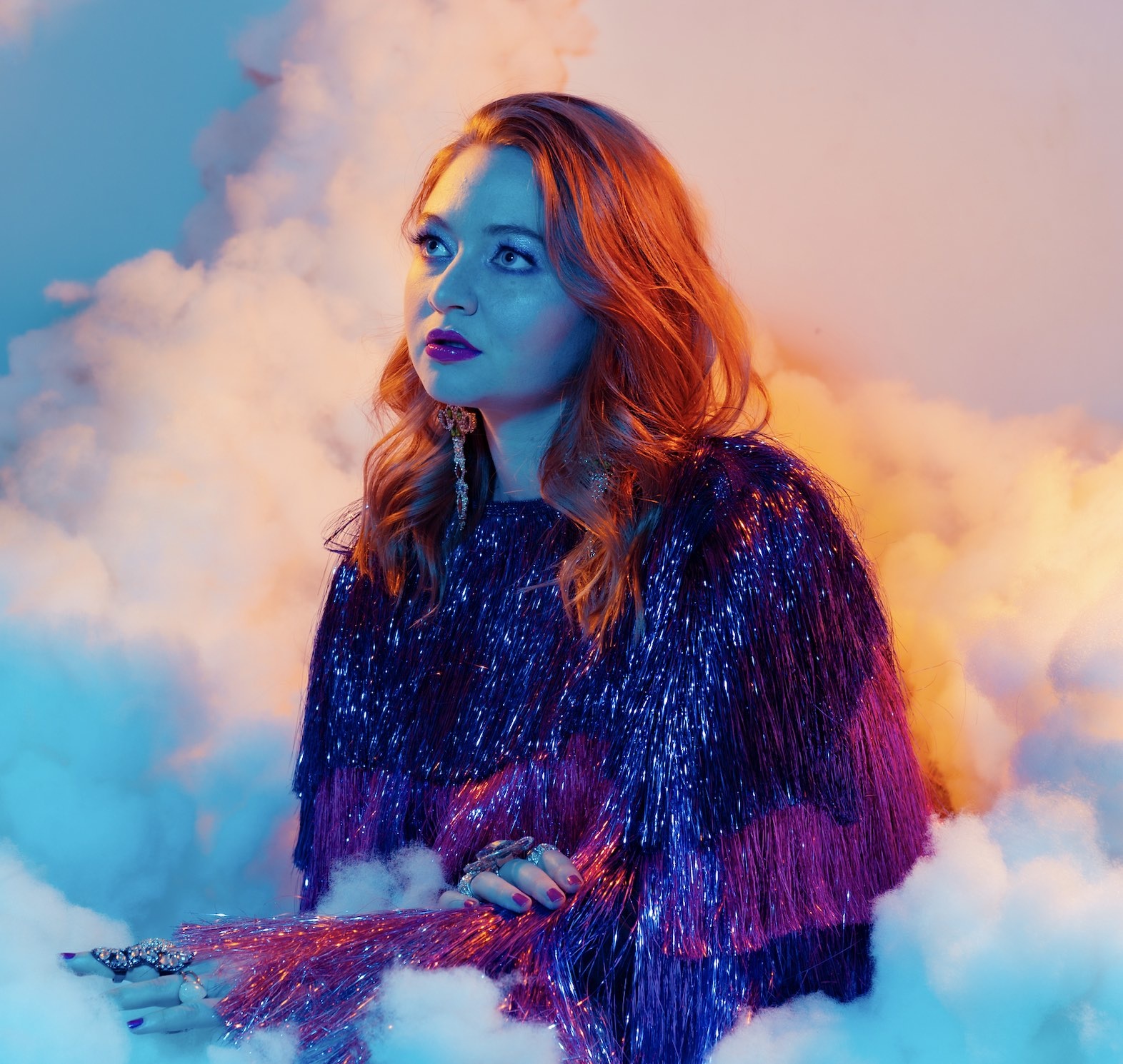 Melbourne budding phenom, Audrey Powne is a name synonymous in both jazz and R&B circles with ingenuity and inventiveness. The Trumpeter/Vocalist and stalwart of Melbourne’s burgeoning jazz/soul scene is known for fronting alt. RnB outfit ‘Leisure Centre’ (F.K.A. The Do Yo Thangs) and genre defying synth-pop duo ‘Au Dré.’ In 2020 the young multi-hyphenate established her enriched sensibilities as a solo artist with the release of her EP ‘Bed I Made’ to acclaim from the likes of Earmilk, NME, and Bandcamp Daily who named it one of the best soul releases of October 2020. Her music fuses traditional pop song-writing with elements of RnB and Hip Hop and the freedom and improvisation of jazz, showcasing her unique virtuosity as both musician and vocalist as she transitions seamlessly from dexterous vocals to soaring Trumpet solos.

Described as “Very Brilliant” by legendary BBC Radio 6 presenter and tastemaker Gilles Peterson, who went on to commission her track ‘Bleeding Hearts’ for the 2019, Brownswood Recordings compilation record Sunny Side Up and to premiere ‘Taboo,’ the debut single from ‘Bed I Made’ on his BBC radio, New York Winter Jazz Festival special in January 2020 alongside an interview, recognising her as an exciting new voice in soulful jazz. Alongside the release of ‘Bed I Made’ 2020 saw Audrey perform a livestream set for Boiler Room, programmed by Night Dreamer records (UK) and Worldwide FM.

Her prominence as a performer on the Melbourne and International jazz scene has seen her perform under her own name at the Melbourne international Jazz Festival, Melbourne Music Week, Brunswick Music Festival, National Gallery of Victoria and the Melbourne Recital Centre in addition to her renown performances at local jazz clubs Bennetts Lane and JazzLab. In addition to her endeavours as a solo artists is an impressive career as a session musician which has seen her perform with artists including Maceo Parker, Midnight Oil, Vince Jones, Masta Ace and tour the US and Europe with Grammy Nominated Australian country soul band ‘The Teskey Brothers.’ 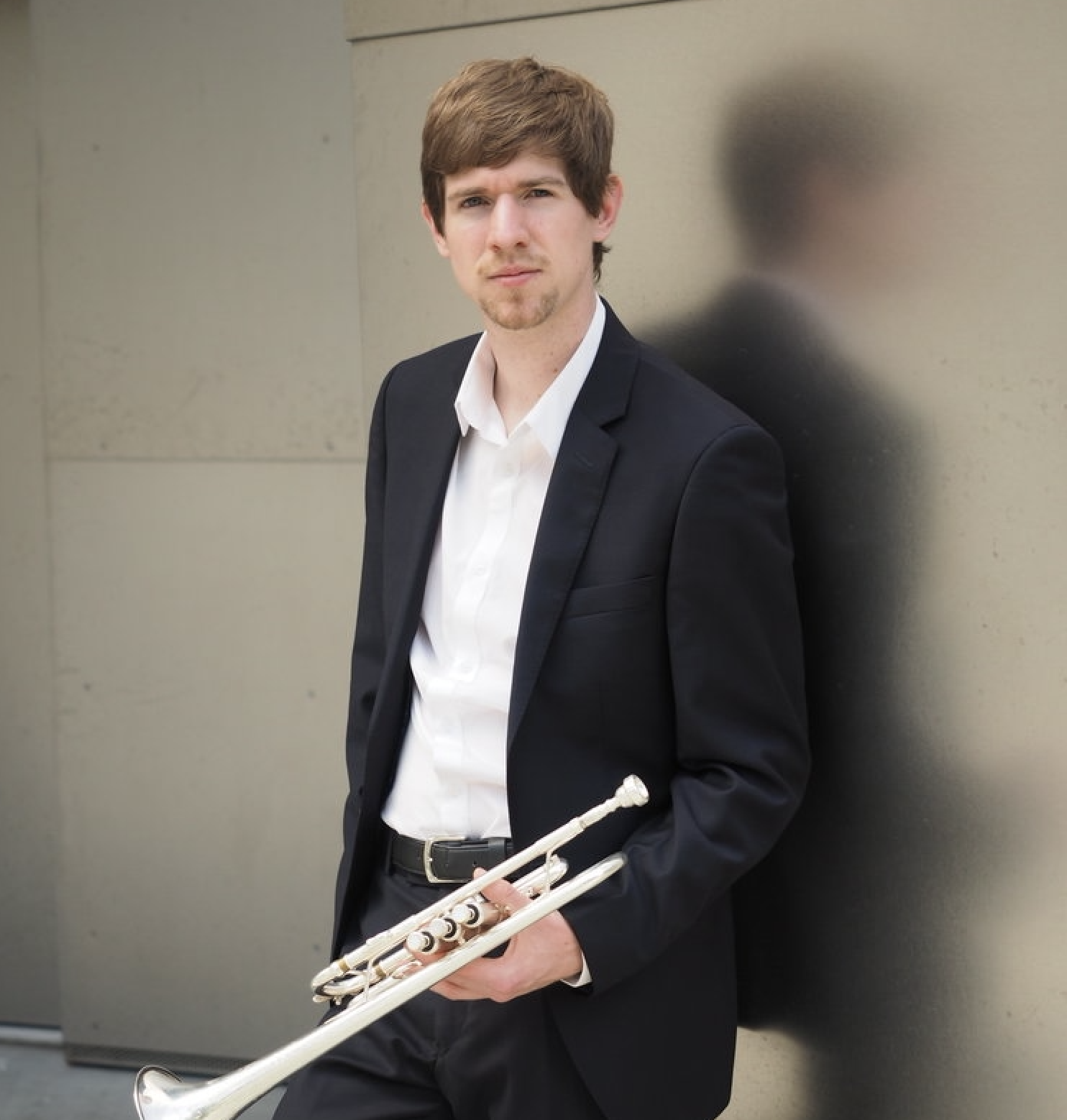 Australian trumpeter Josh Rogan is the Sub-Principal Trumpet of the Auckland Philharmonia Orchestra. He began his musical life at a young age, playing cornet in a local brass band with his family. Since then, he has taken his love of music all over the world, performing in venues such as the Sydney Opera House, Australia; Royal Albert Hall, United Kingdom; Walt Disney Concert Hall, United States of America; Royal Concertgebouw, Netherlands; Shanghai Concert Hall, China; and the Berlin Konzerthaus, Germany.

He has performed with a number of highly renowned ensembles, including the Los Angeles Philharmonic, Sydney Symphony Orchestra, and the Principal Brass of the New York Philharmonic; has played with many distinguished conductors including Vladimir Ashkenazy, Plácido Domingo, and Christoph Eschenbach; in addition to working with influential composers such as John Williams, Esa-Pekka Salonen, and Matthias Pintscher.

Some other personal musical highlights include playing the Waltzing Matilda Fanfare to open the Australia Day ceremony at Australian Open Tennis- Women’s Final in 2013; travelling to Birmingham Symphony Hall, United Kingdom, to compete in the historic brass band competition, the British Open, with the Wellington Brass Band in 2016; and being invited to perform as the guest alumni soloist with the Melbourne Youth Orchestra for their 50th Anniversary Concert in 2017.

Josh is a graduate of the University of Melbourne, the Australian National Academy of Music, and the Colburn School. For the first half of 2021, Josh will be performing as guest principal trumpet with the Adelaide Symphony Orchestra.