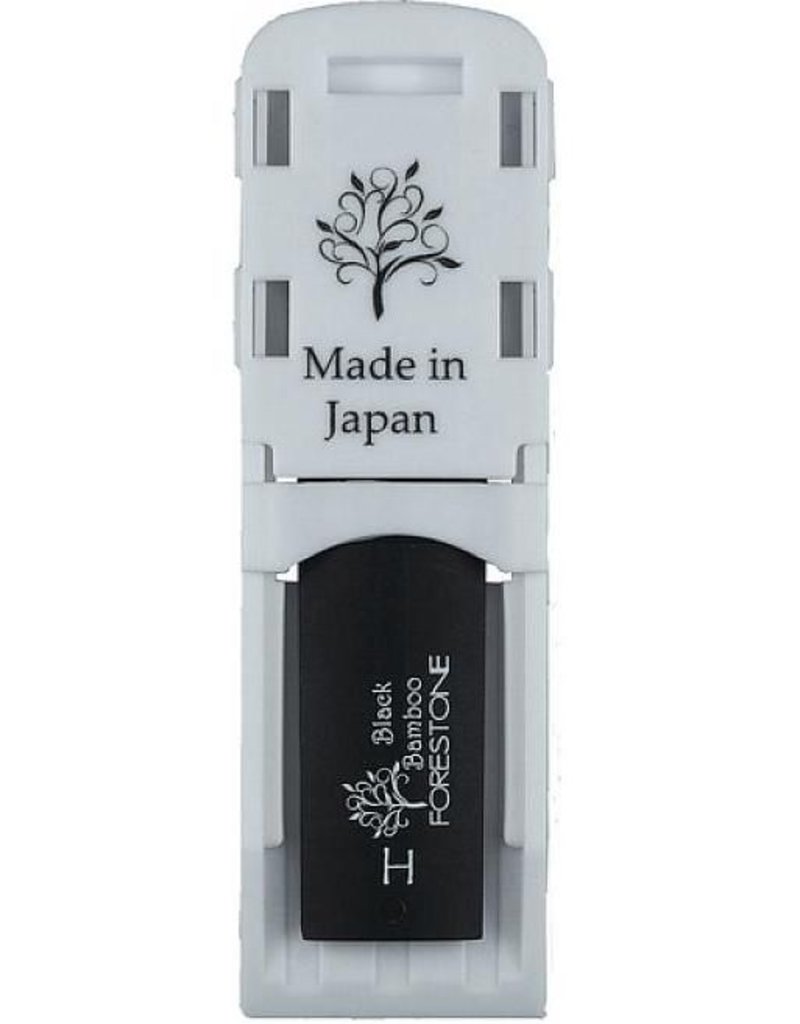 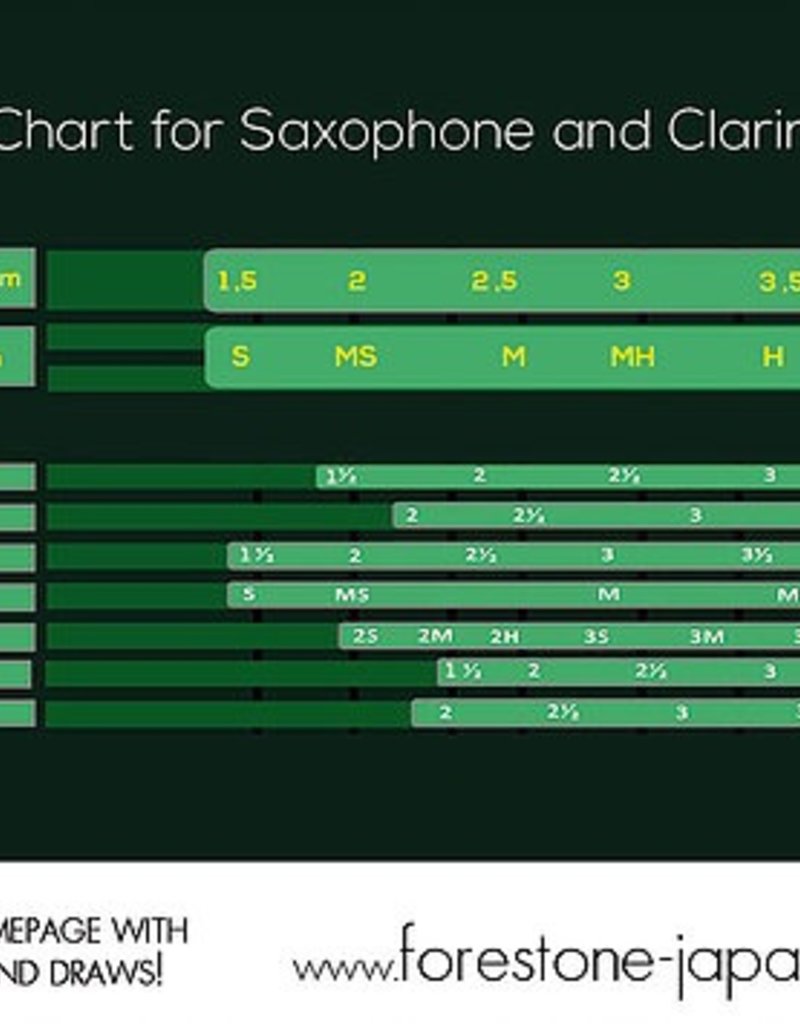 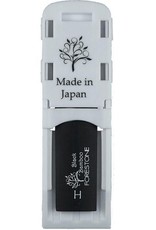 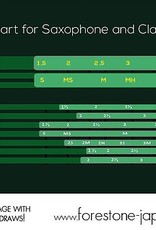 The Black Bamboo reed is the most popular in the Forestone range. It has a traditional French file cut and has a little more resistance than others in the range allowing for more control.  OVeral a free blowing and responsive reed with a versatile tone.

We find this to be the closest synthetic reed to a real cane one in terms of playability and response. The Forestone material is a mixture of polypropylene resin and cellulose wood fibre with more than 50 percent of the material used being bamboo. This material is brownish in colour, tasteless, odourless and non-toxic. The exceptional sound, resilience and flexibility of Forestone reeds is due mainly to this special material.

Forestone reeds are made by a proprietary injection moulding technique developed in Japan. This results in reeds with optimally smooth vamps that are uniform and consistent, reed to reed. Forestone reeds are perfectly balanced side to side and front to back. The more or less standard profile tapers down to 0.1 mm thickness across the tip. Held up to the light, the reeds display the classic upside-down "U-shape" associated with cane reeds.

Forestone reeds tend to maintain their strength / resistance over time. They vibrate well and hold the centre of the sound in a manner similar to that of a good quality cane reed. The basic timbre is robust, clear and strong, with just enough "buzz" to ensure projection and carrying power. Intonation is stable and the reeds articulate well throughout the range of the clarinet and saxophone.

While the difference in feel between Forestone reeds and cane is minimal it may take a little bit of playing to get used to the new reed just as you would with a new mouthpiece, ligature, barrel or instrument. Blowing resistance can be adjusted with Forestone reeds by slightly raising or lowering the reed on the mouthpiece table (slightly lower placement = slightly less resistance, slightly higher placement = slightly more resistance). Although other types of adjustment are usually not necessary, the material is sufficient hard that one can still do so using blades, files, sandpaper, reed rush or whatever other tool or implement is desired. One can also clip Forestone reeds successfully.

The useful life of a Forestone reed will vary from player to player given that everyone's way of playing - his or her embouchure - stresses the reed differently. Forestone reeds will far outlast good quality cane as the proprietary composite material is impervious to water-logging and breakdown by saliva, and will not warp due to changes in humidity or altitude. After a certain number of hours, however, the reeds will begin to feel less lively and responsive. The loss in vitality, be it subtle or more pronounced, would signal the time has come to retire the reed in favour of a newer one. We have found that on average players are getting 4-6 months use per reed.